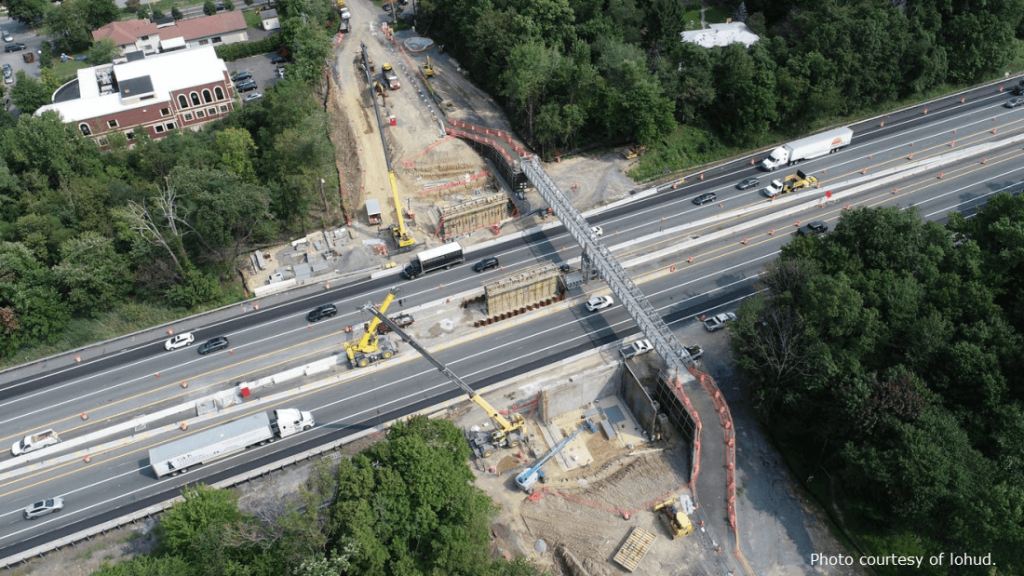 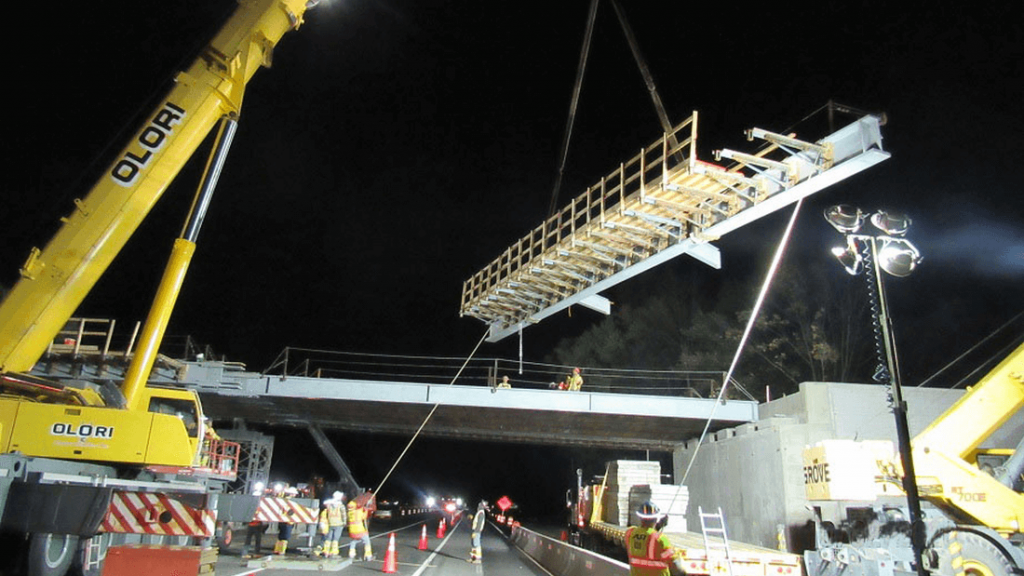 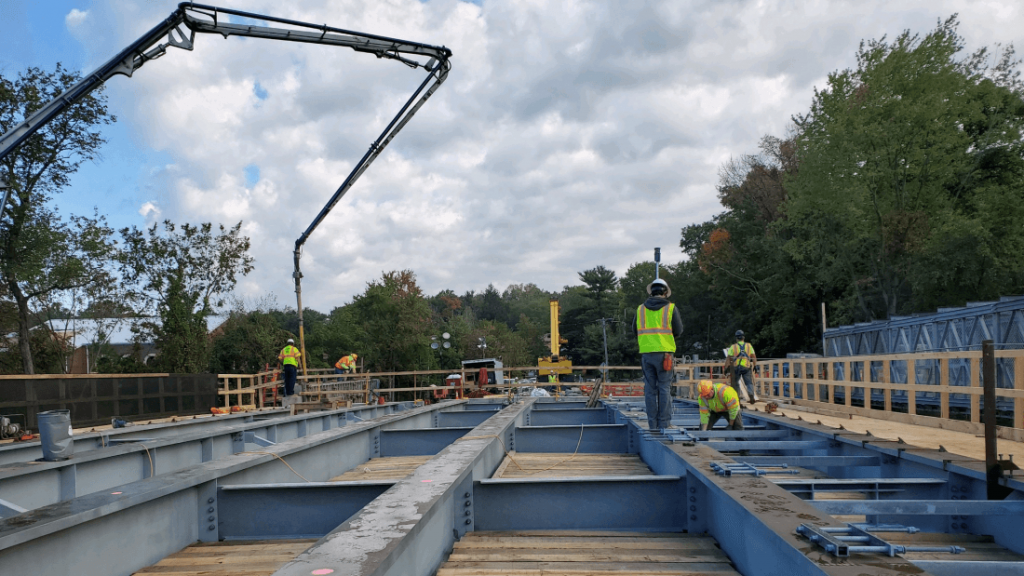 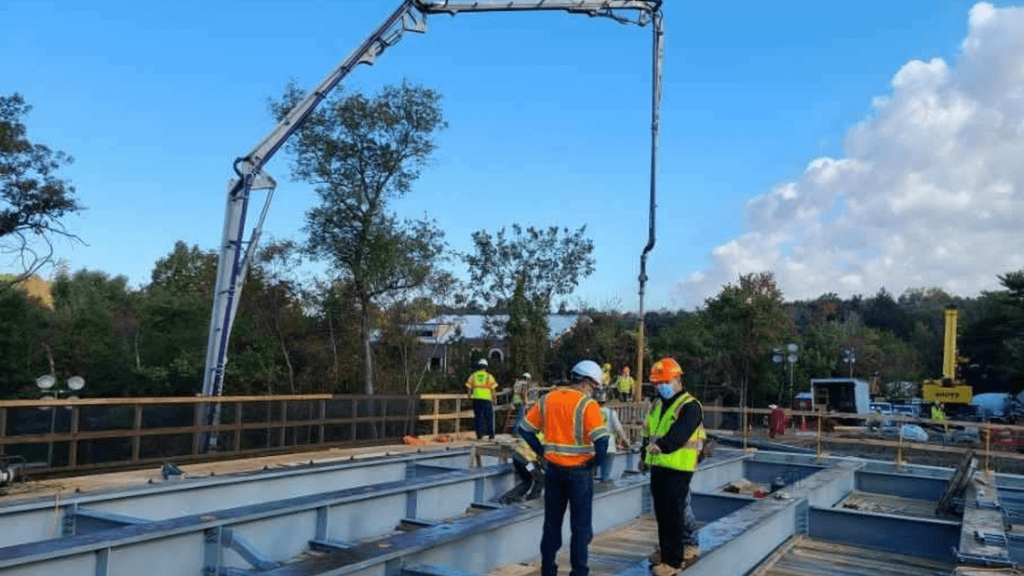 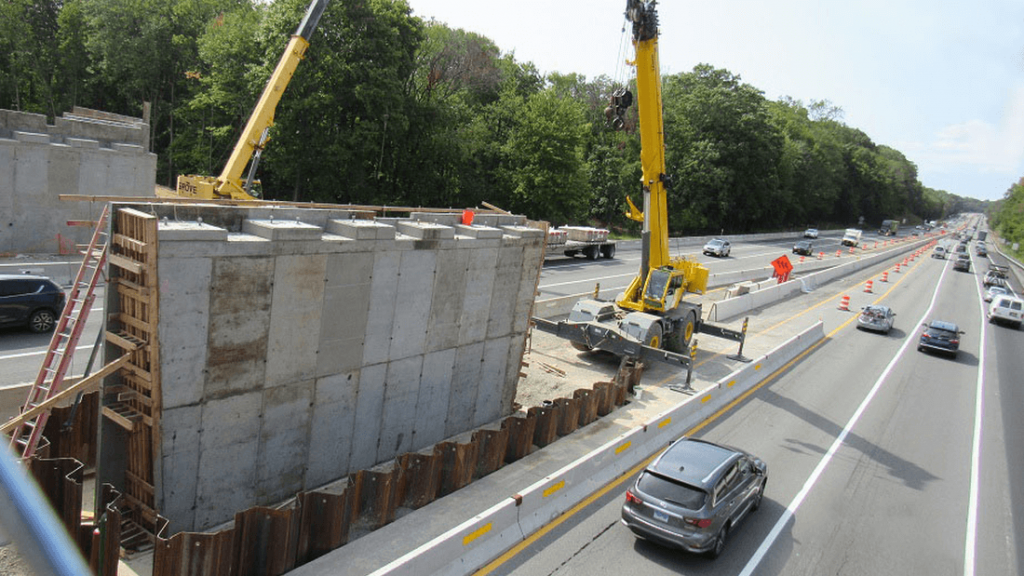 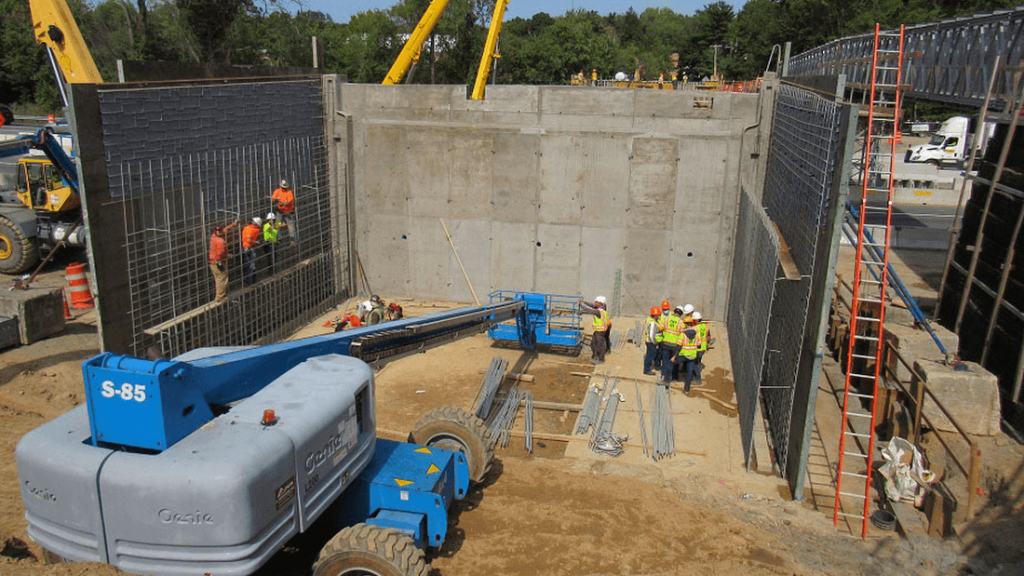 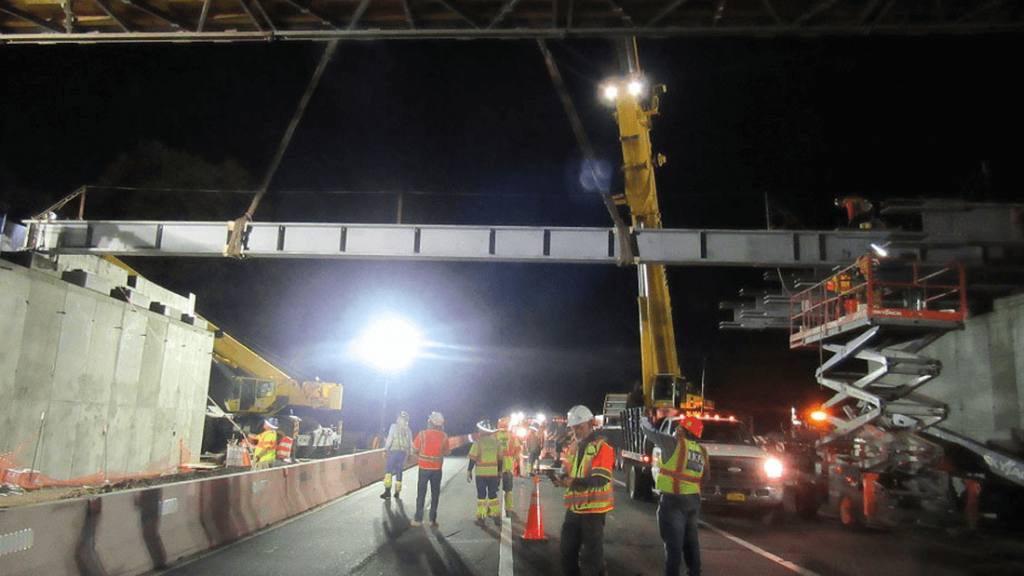 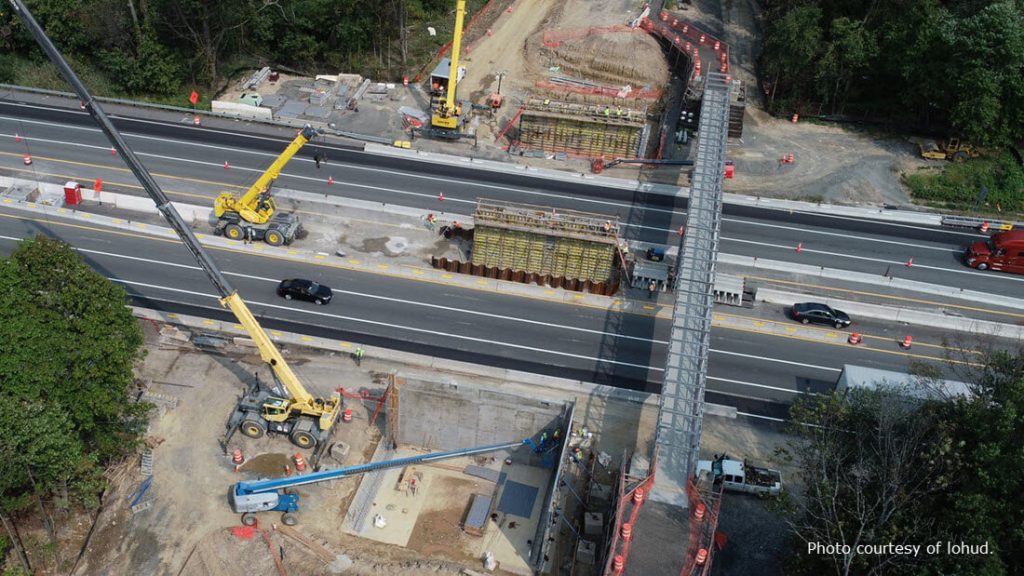 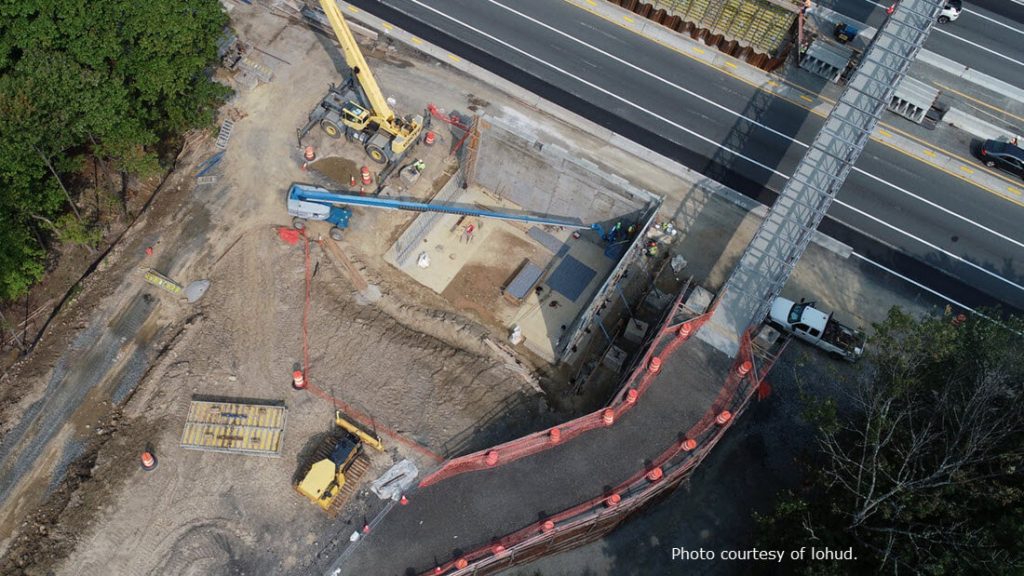 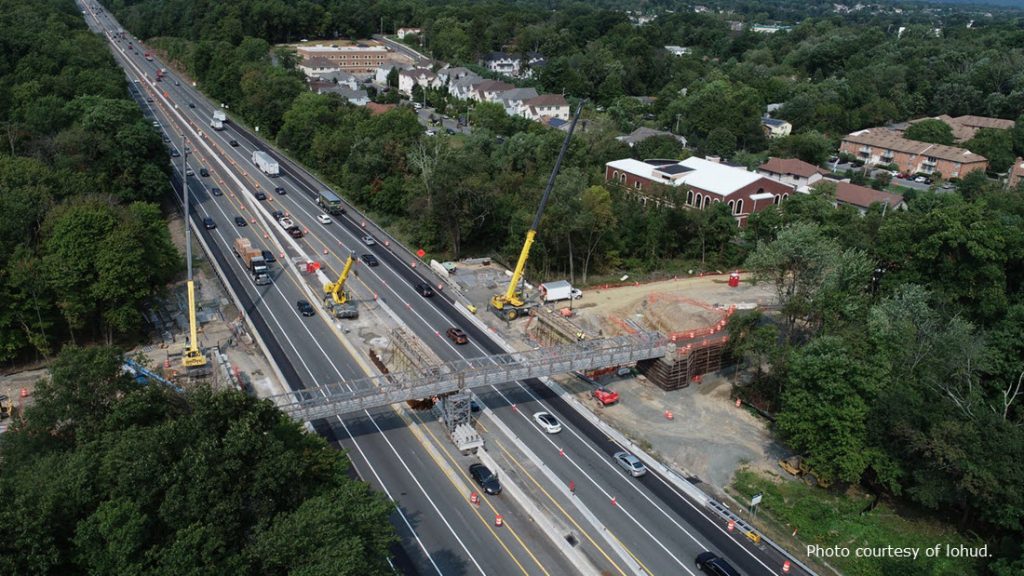 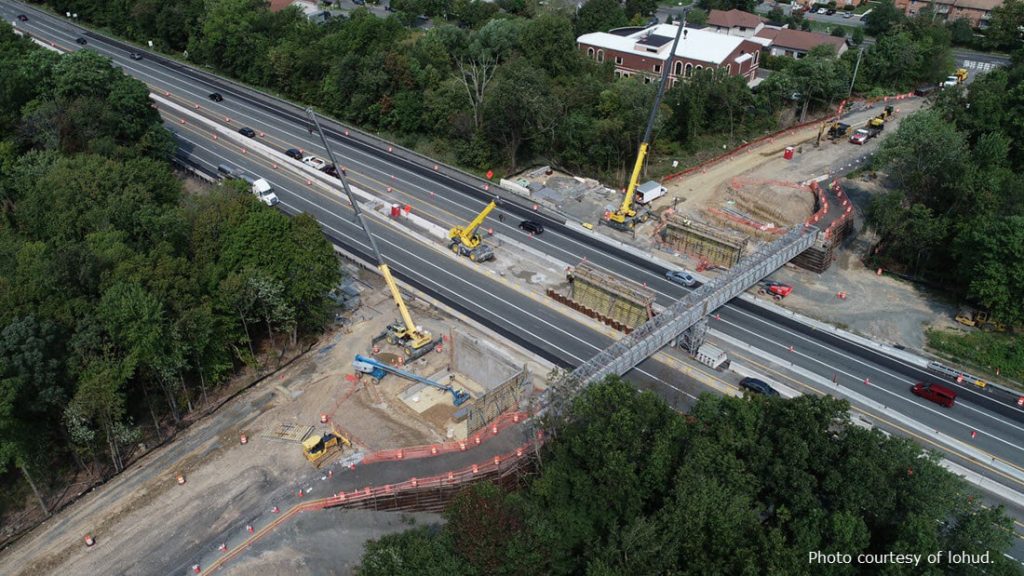 LKB was retained by the New York State Thruway Authority to provide construction inspection support services for the replacement of three overhead bridges in their New York Division. This project involved the complete removal and replacement of the Hungry Hollow Road, Scotland Hill Road, and College Road Bridges over the New York State Thruway with completely new structures. These bridges were replaced as they had been repeatedly impacted from trucks traveling on the Main line Thruway (I-87) below. In order to avoid any future impact damage, each bridge was completely replaced, and the existing vertical clearance between the Thruway (I-87) and each bridge was increased by approximately 3 feet. The bridges are located in the Town of Ramapo at the following locations:

The Scotland Hill Road replacement structure accommodated two travel lanes and two shoulders. For all three bridges, the over-roadway profiles were raised to meet the 16’-6” minimum vertical clearance requirement. The new bridge utilizes a three-span continuous superstructure with integral abutments and two median piers (one in the mainline median and one in the gore between southbound mainline and the southbound ramp to the Garden State Parkway). The approach roadways were reconstructed at each end to accommodate the new bridge. During construction, vehicular traffic was maintained on off-site detours.

LKB’s construction inspection services included overseeing all of the contractor’s operations for removing the existing bridges, setting up temporary bridges, and all aspects of construction associated with the three new bridges, which also included the placement of work zone traffic control along both the mainline I-87 and the local roadways. This project also included reconstruction of existing drainage systems and the removal and placement of cantilever and overhead sign structures. 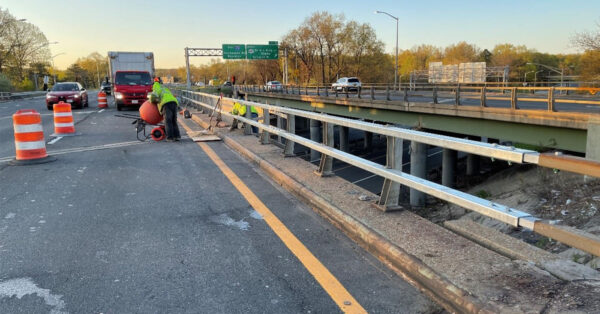 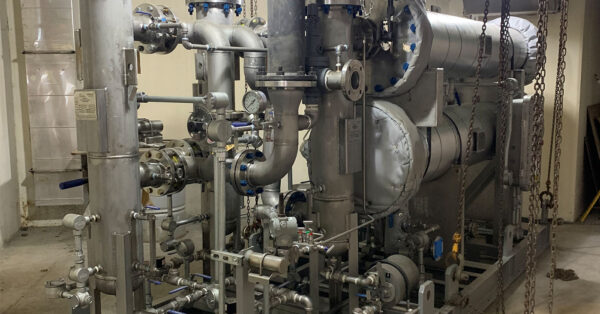 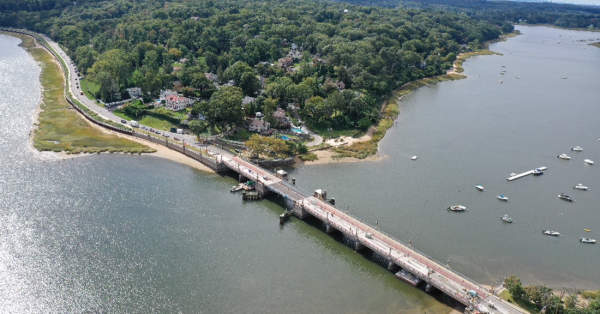 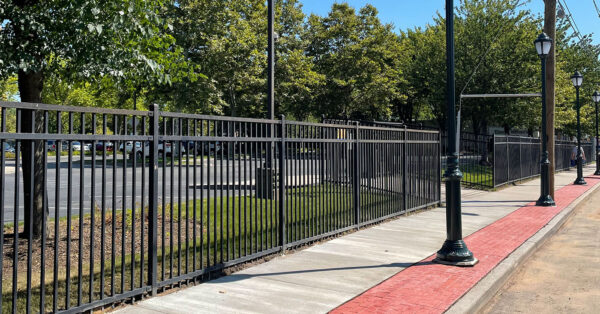