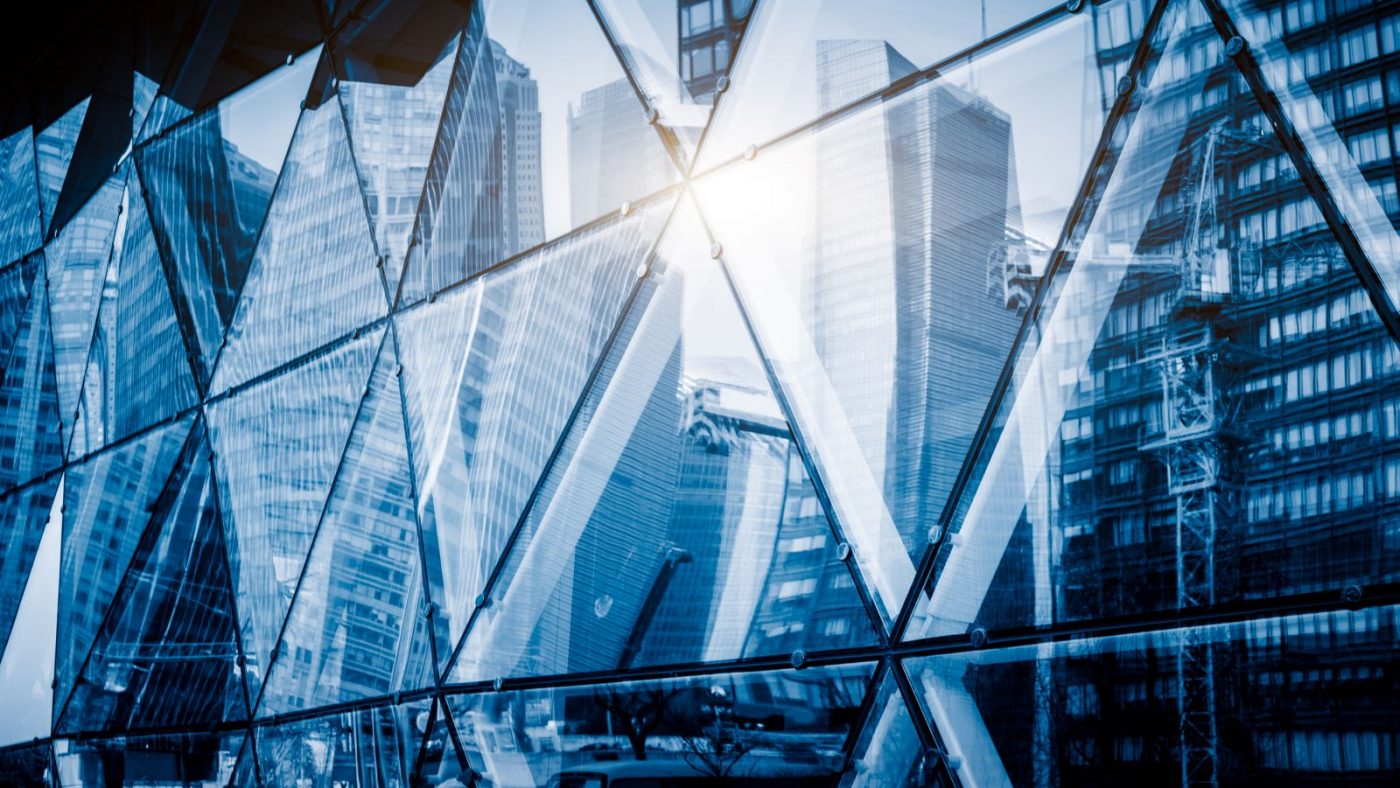 After 42 years, Andre Haddad, PE, retires from Lockwood, Kessler & Bartlett, Inc. (LKB) leaving deep footsteps to not fill, but to define a clear path for the leadership team that will continue his good name and legacy. Each step taken, every decision considered, mistakes made, and moments shared shaped his career and the pulse at LKB. He has dedicated his professional life to LKB and can’t be any prouder than he is today to leave the company in the capable hands of his successors, Mr. David Macedonio, PE, CEO, Mr. Robert Gizzi, President, and the entire staff at LKB.

LKB was created over 133 years ago when Thomas Lockwood established a small Brooklyn-based engineering business. Success and growth allowed Lockwood to take on a partner in 1900, Cletus Kessler, to manage the engineering and drafting section of the company. While business progressed and advances were being made, Frederick Bartlett had established his own small surveying business in the 1890’s, working closely over the years with Lockwood and Kessler. Production evolved with the expansion of the railroad and coal mining, as well as large automobile, electrical, and construction industries that fed small businesses and manufacturers. It was a shock that such economic wealth could quickly transform, leading to the Great Depression. Within this time, Mr. Lockwood retired and sold his interest in the company to Fredrick’s son, Ford Bartlett. Withstanding the unfolding of the economy and managing business during turbulent times, Bartlett and Kessler maintained operations and successfully incorporated their company, Lockwood, Kessler & Bartlett, Inc. (LKB). LKB has since surged through decades of time living through WWII, the Holocaust, Missouri Pipeline, and the Korean War, while learning, expanding, and topping the industry with influential leaders.

It was 1980 when Andre accepted a position with LKB as a project engineer. One of his first projects was to perform riverine analysis for 23 communities in Upstate New York and establish 100- and 500-year flood zones for FEMA’s Flood Insurance Studies. As a young engineer, he not only performed the hydraulic analysis, but also managed the financial aspects of the project, and presented the findings at public information meetings.

During his professional career, Andre had been responsible for a diverse range of engineering projects, including the design of Sunrise Highway; watershed analyses for Elmont/Franklin Square; capping and closure of the Syosset Landfill; Environmental Impact Statements for Route 17 exit 122 in Orange County, for the Valley Stream Brook drainage area, and for the proposed Olympus Corporate headquarters; site design of the City Federal headquarters in New jersey; master planning of the teleport on Staten Island; and the design of the attractive TOBAY Beach Pavilion, which stands on over 300 timber piles on the Atlantic shorefront and withstood powerful storms and Northeasters.

His diligence and work ethic proved he was a force to be reckoned with and by 1984 he quickly evolved from project engineer to director of civil engineering, showcasing an impressive and diversified portfolio. Rising steadily through the ranks, he was made Vice President and Chief Engineer in 1994. Andre is one of those engineer/managers who not only made his mark as an engineer, but also as a successful businessman. By 1997, Andre became Chief Executive Officer and President of LKB, as well as being named one of Five People to Watch in Newsday’s feature, Doing Business with Engineering Firms; and in 2003, he was featured by Long Island Business news in Who’s Who in Engineering and Construction.

He has been an active member of N.Y.S.P.E. and A.S.C.E., serving as President of A.S.C.E.’s Long Island Branch for the 1990-91 term, received the Branch Frank Patti award in 1995 and was named Engineer of The Year in 2004 by Nassau County Chapter of NSPE. He co-authored “Settlement Evaluation for Cap Closure performance,” A.S.C.E. Geotechnical Special Publication No. 40, 1994, reporting on in-situ settlement studies performed as part of the Syosset Landfill capping project.

During his 25 years as Chief Executive Officer and President, Andre found the right mix of staff and cultivated a harmonious work culture. He led this historical company to be widely recognized for its multi-disciplinary services in the engineering industry and oversaw exciting infrastructure projects, bringing LKB’s engineering design, construction administration, environmental, and energy consulting services together on a variety of projects. Andre worked hard to expand LKB’s client base, fostering relationships and reaching new markets, while seeking out new technologies to reinforce a leadership role within the engineering community.

In 2021, Andre announced that LKB was being acquired by The Vertex Companies, LLC (VERTEX) (formerly The Vertex Companies, Inc.). The decision to merge LKB into VERTEX was made for the employees of LKB, to provide them with a strong foundation for the future. VERTEX, ranked as a top construction, environmental, and engineering design firm, was impressed with LKB’s diversified services, notable infrastructure projects and historical engineering bloodline. Andre believed that VERTEX would provide the right fit, as the combined team offers LKB a tremendous geographical expansion and breadth of resources enabling LKB to provide an extended array of services to our clients. Together, combining our strengths and status in the industry, LKB and VERTEX are a perfect union. LKB joins VERTEX with their passion and core values that are integral to the success of the organization. These core values include a Constant Sense of Urgency, Adding Meaningful Value, Lifelong Learning, and Caring for Employees and Clients.

Andre Haddad has built upon LKB with compassion and consistency. There may have been times that uncertainty led to sacrifices, but those sacrifices have always been to strengthen the company and provide for the people. He saw value in each employee and honored them with his loyalty. When asked what he will miss the most his answer was, everything! He will miss the challenge of business, the excitement of new projects, and the enduring relationships he gained over the years. We thank Andre for his continuous effort for providing so many the opportunity to be part of the LKB team. He will enjoy his retirement with his wife Sharon, his children Mark, Joanne, and Robert, and his six grandchildren; Sydney, Andre, Gisele, Quinn, Reed and Tate. 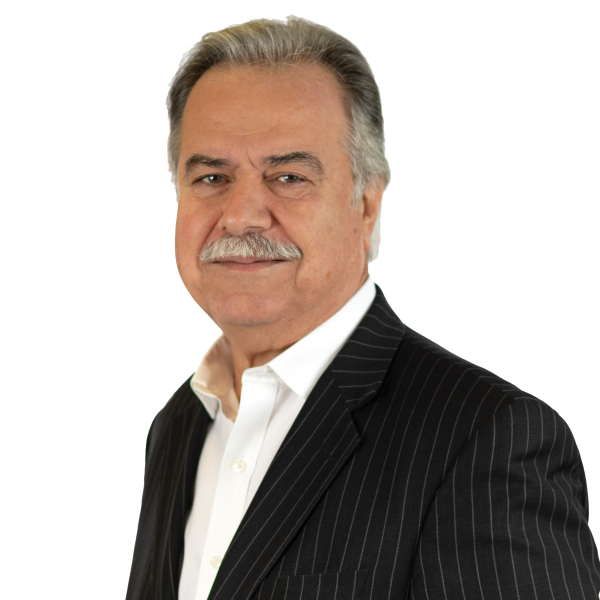 Mr. Haddad has 48 years of diversified engineering experience. He has made substantial accomplishments in the fields of transportation engineering, highway and bridge design, hydraulics, drainage and sewer systems design, site development and site remediation design, and solid waste engineering.